Many households in Africa, Asia and Latin America lack reliable access to power, making it tough for them to light their homes.

Total offers safe, affordable solar solutions. Even people living in very isolated villages can get hold of their solar lamps and kits, thanks to dedicated retail networks.

These lamps are available both at Total service stations and via the Group’s networks. Customers can also take advantage of the new “Pay as you go” solution to pay for their kits in instalments, making Awango by Total accessible to as many households as possible’ [read more]

According to the national grid, The UK went a full day without using coal to generate electricity for the first time since the Industrial Revolution.

This happened on Friday, 22nd of April, 2017. The energy provider said Friday’s lack of coal usage was a “watershed” moment.

The government plans to phase out Britain’s last plants by 2025 in order to cut carbon emissions.

Friday is thought to be the first time the nation has not used coal to generate electricity since the world’s first centralised public coal-fired generator opened in 1882, at Holborn Viaduct in London’ [read more]

According to a report from San Francisco Chronicle, state officials will be funding an initiative called ‘Piezoelectricity’ to generate renewable electrical power from the road vibrations of California traffic.

Piezoelectricity is the ability of certain solid materials (such as crystals, certain ceramics, and biological matter such as bone, DNA and various proteins) to generate an AC (alternating current) voltage when subjected to mechanical stress or vibration.

“There’s a lot of traffic in California and a lot of vibration that just goes into the atmosphere as heat,” Mike Gravely, a senior electrical engineer and head of the research division at the California Energy Commission, pointed out. “We can capture that. The technology has been successfully demonstrated.”

Within two to three years, the state should know whether it’s a good idea to pursue piezoelectricity long term’ [read more]

Ahead of the global talks in Cancun, Mexico next month (May), stakeholders have approved three documents that will assist Nigeria to fulfil requirements for the 15-year Sendai Framework for Disaster Risk Reduction (DRR).

The framework provides the way forward to prevent and reduce disaster risk in order to achieve resilient and sustainable development. Under the leadership of the National Emergency Management Agency (NEMA) and embracing all actors at all levels, the Sendai framework offers a solution to saving lives, livelihoods and assets as well as reducing the fiscal burden on government’ [read more] 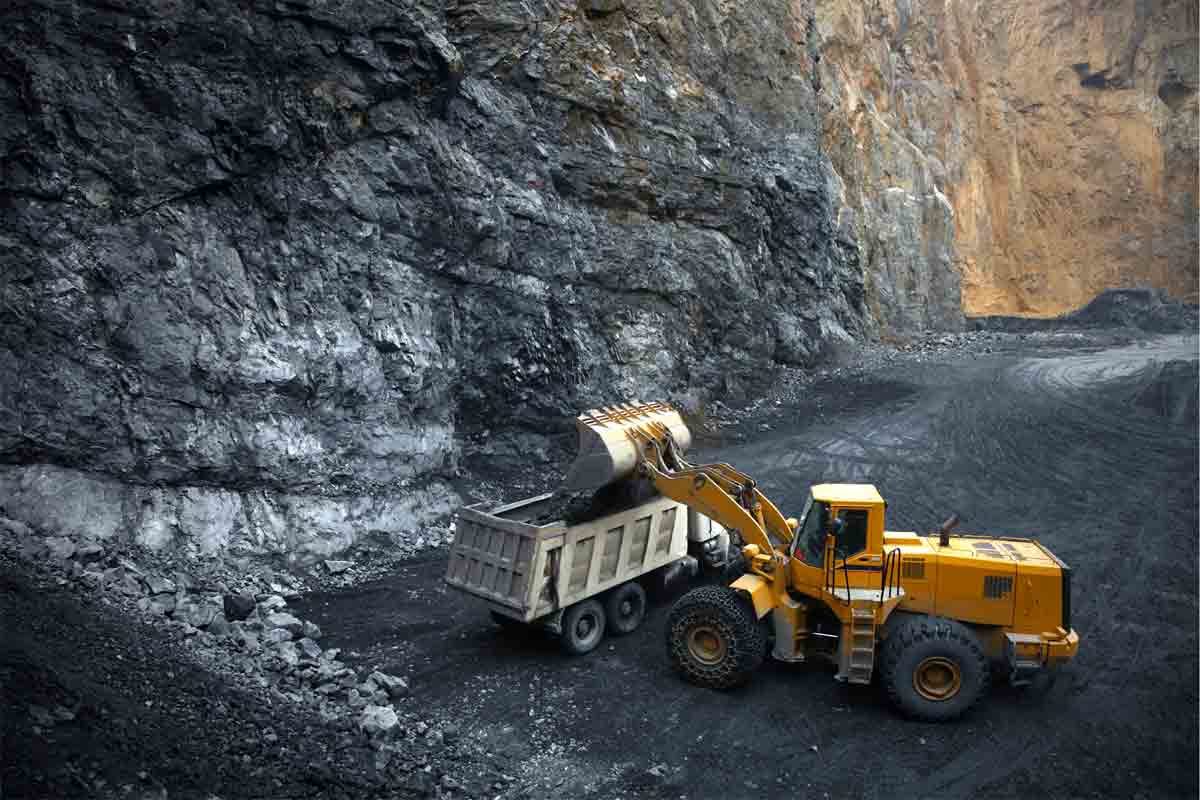 Mineral Resources and the Environment

We often take little things for granted; this is also true for minerals. From clay minerals used to produce ceramic plates, to selenium, used in photocopiers, glass, shampoos, and steels. There is little in our daily life that does not involve the use of minerals in some way.

Minerals are non–renewable natural resources with a defined chemical composition and crystal structure. It is estimated that there are about four thousand (4,000) mineral types.

Mineral resources are defined as natural concentration of minerals in bodies of rocks that are, or may become, of potential economic interest due to their inherent properties.

Most products that we use today originate from mineral resources.

Even many man-made materials, are derived from resources extracted from the earth. Such as: cars, computers, appliances, concrete roads, tractors, electrical transmission lines, and jewellery. Without mineral resources, industries would collapse and living standards would fall.

For this reason, it is important that the natural environment is protected from damage that may be caused by mineral extraction.

The extraction, processing, and transport of minerals all have negative impacts on the environment, as well as on the potential health and safety of those working in the industry.

In addition, the release of gases, dust, and other particles by some mining operations can negatively affect soils, water, and the air.

Hence, the aim of sustainable mineral development is to ensure mineral use is kept to a minimum amount without having a negative impact on the environment. This is achieved by efficient use of minerals as well as recycling and the use of alternative materials.

This will help maintain biodiversity and ensure that contamination is not a problem for future generations.

Thus, taking decisions on how best to conserve our natural resources and ensure environmental quality should be our major concern.

Composting is a form of waste disposal where organic waste decomposes naturally under oxygen-rich conditions.

As we already know, manure is a low-cost fertilizer. It is a fantastic way to utilize nutrients instead of creating tons of rubbish that could be harmful to the environment.

Also, manure is rich in nutrients, which makes it a great organic fertilizer for your soil.

Manures are good sources of nitrogen, phosphorus, potassium and other nutrients that plants need to survive.

If you add manure to your soil, you’ll not only improve the quality of the soil, you also won’t need to water your soil as much.

Composting benefits the environment in many ways. When you compost your food scraps, you produce a nutrient rich soil that is needed to maintain a healthy and productive farm fields.

Understanding how to make and use compost is for our own good, as the problem of waste disposal continues to grow.

A few of the many benefits of compost are:

Some items not to compost include:

Thus, composting is one of the ways to revive soil strength due to phosphorus depletion in soil. 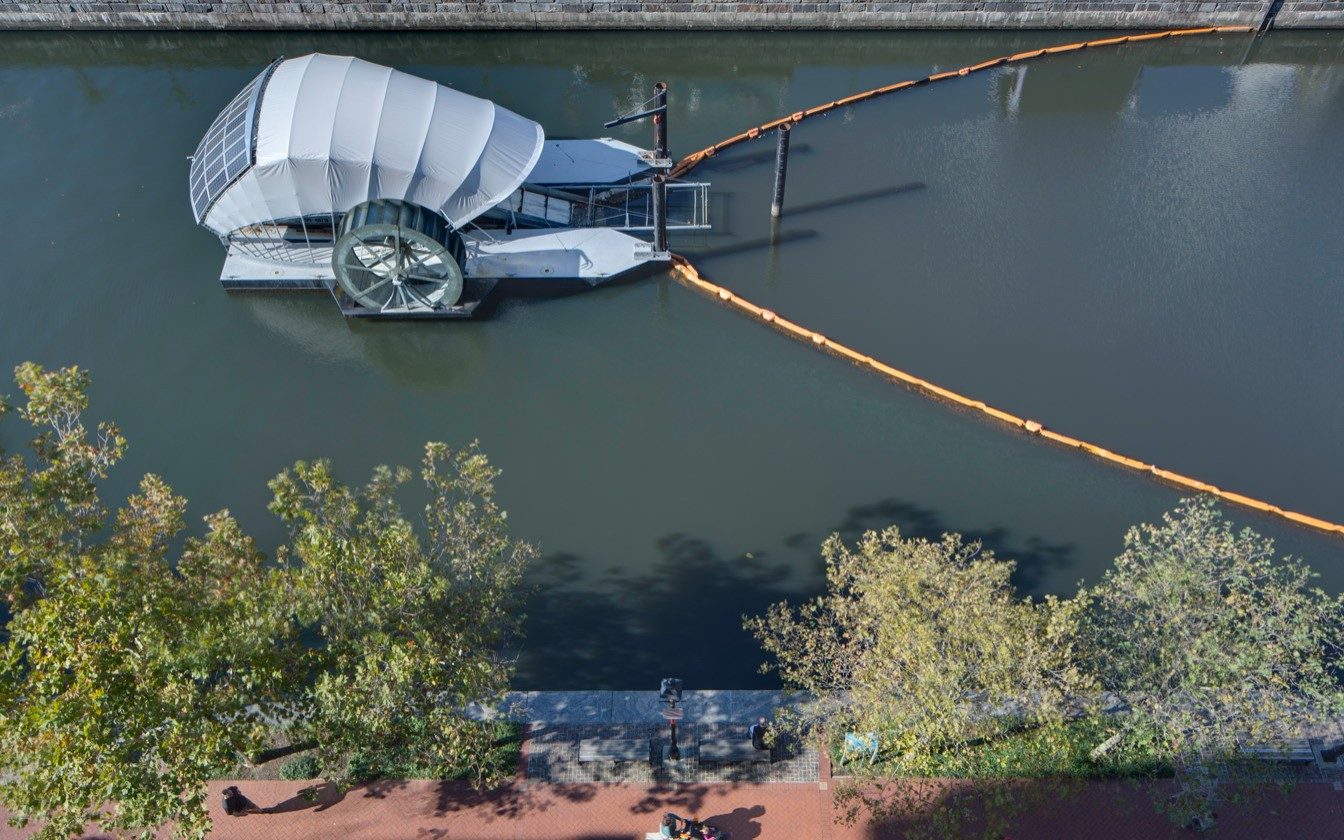 This incredible solar and water powered trash cleaner is the rising star of Baltimore’s Inner Harbour, known to locals as Mr. Trash Wheel. It is a garbage gobbler that clears debris before it enters the river. Built with $720,000 in public and private funds, the voracious device once filled 12 Dumpsters with trash in the 48 hours. Since its debut in 2014, it has pulled in more than a million pounds of trash and debris from the Jones Falls River’ [read more]

The Federal Ministry of Environment has said as part of the diversification process, it will partner with the private sector and other organisations in the development and utilisation of bamboo for the growth of the nation’s economy.

The Permanent Secretary, Dr Shehu Ahmed, said bamboo production and management had enhanced the economic growth of many nations and thus, would contribute immensely to Nigeria’s ecosystem and help in creation of employment’ [read more]

The Governor of Kogi State, Yahaya Bello, has pledged closer cooperation with the National Environmental Standards and Regulations Enforcement Agency (NESREA) with a view to creating a safe and secure environment in the state.

The governor made the pledge when the Director-General of NESREA, Dr Lawrence Chidi Anukam, paid him a courtesy call in his office in Lokoja, recently.

A statement from the agency stated that the governor described his government as “environmentally friendly” while lamenting the non-implementation of the original master plan of the state which, according to him, has allowed land speculators to embark on unnecessary defacement of the environment’ [read more]

Earthquake-hit Farmers in Italy Rest Hopes on Fields of Lentils

Over seven months after a devastating earthquake hit the central parts of Italy, farmers from the Umbria region are hoping that their fields of lentils can help revive local agriculture and tourism.

Italy’s main farming association Coldiretti has estimated at 2.3 billion euros ($2.4 billion) the cost of the direct and indirect damage done to rural areas, barns, machinery, mills, storehouses and infrastructure and the destruction of animals and crops’ [read more]

The Kogi State Government has embarked on a four-day training programme for its forestry officers on afforestation and forestry mapping techniques.

The Commissioner for the Environment and Natural Resources, Mrs. Rosemary Osikoya, disclosed this to News Agency of Nigeria (NAN) in Lokoja today Thursday, April 13, 2017.

She said that the training started on Monday, April 10, and ended on Wednesday, April 12, 2017 with the launch of a Forestry Tariff Plan, which was approved by the State Executive Council.

She also, said that the training was designed to expose the officers to the techniques of preparing and planting tree seedlings and how to measure the volume of trees for prospective buyers’ [read more] 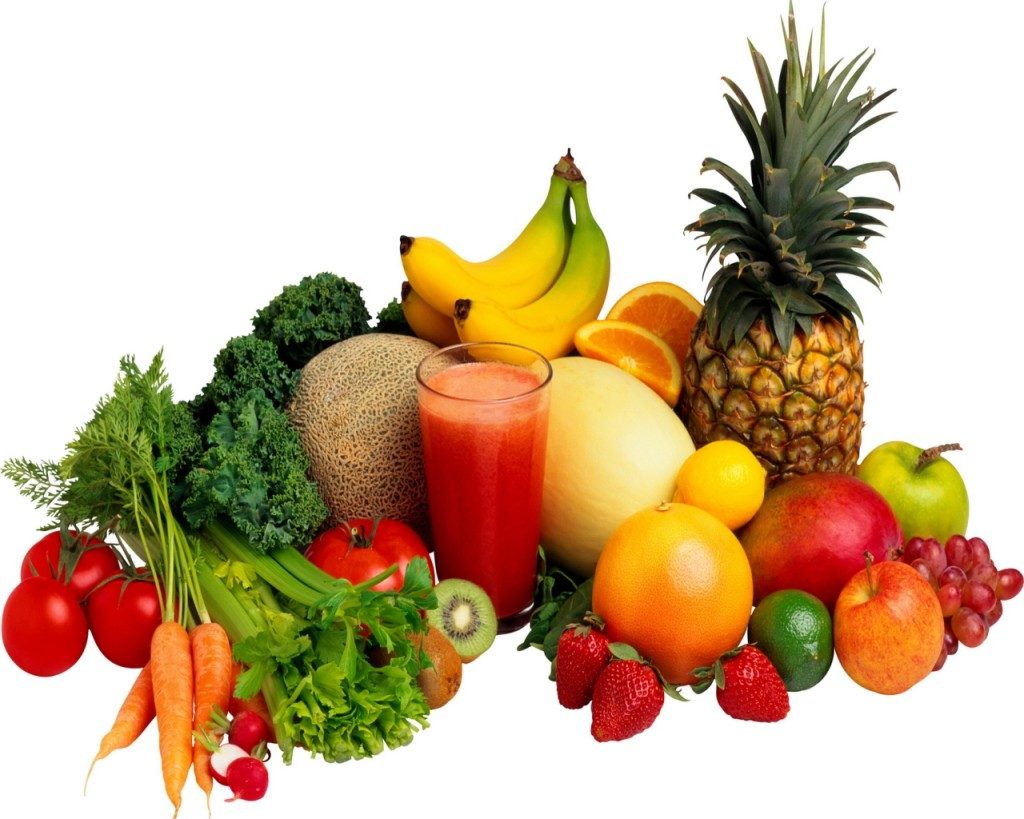 Eating Fruits and Vegetables Can Save the Environment

As a nation, we eat a lot of meat and junk food not realizing how much damage it does to our health.

We need to take into account that efficient production of food produces less greenhouse gas. This in turn leaves a smaller environmental footprint.

Hence, reducing your consumption of animal products could yield benefits for your health and the environment.

Research has consistently shown that in addition to climate benefits, meat-based diets are linked with poor health outcomes. On the other hand, plant-based diets have positive impacts on health and life expectancy. The following are ways to reduce your environmental footprint with fruits and vegetables:

“If we are to adopt climate-friendly eating habits, most of us will need to cut down on our unhealthy food consumption.”

More-so, it benefits the environment to eat locally produced food and replace some of the beef with vegetables, protein foods such as beans and other leguminous fruits.”

When you grow your own food, you know they are safe and free of harmful chemicals.

Also, when you grow your own food, you are nourishing the soil of your garden.

For those that can’t plant their food, buying locally grown food is also a great way to live healthy.

Therefore, the best way to ensure a constant supply of fresh, healthy, organic produce, that is environmentally and pocket friendly is to grow your own food.

To achieve this, we need to work with the government to promote the agricultural sector. 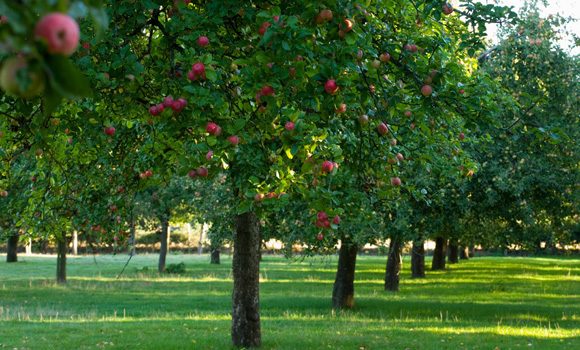 Benefits of Orchards to the Environment

Everyone knows forests and trees are of vital importance to the world’s ecosystem, especially in their role of removing carbon dioxide from the air, and producing oxygen for animals and humans to breathe.

Orchards have played an important role in communities for many centuries. Providing a place where people and the rest of nature can successfully work together to create abundant harvests.

In recent years, community orchards have had a renaissance as people rediscover the benefits and pleasures of growing fresh fruit.

By working with nature, and not against her, we can create healthy, diverse and resilient systems. This can be done while reducing our impact on climate change and environmental degradation.

Orchards provide vital green spaces where people are encouraged to interact with nature either through becoming custodians of the trees or by simply being around them and enjoying their shade, beauty and fruit.

It also offer a space to learn from each other and nature, and a place in which training of traditional skills can occur, such as pruning and grafting.

Orchards invite nature into the urban environment and provide a pleasant places in which it can flourish; in our schools, parks, and improve human wellbeing.

In some communities, orchards open the door for green jobs and other small business opportunities. This not only helps the community in an economic sense, it also helps the environment by promoting sustainable living.

Growing your own fruit helps you become more connected to the growing process and where your food is coming from.

Arguably, community orchards have never been more important. They provide a setting where the rich and poor, young and old, can roll up their sleeves and work together or put their hair down and enjoy the harvest.

So if you want cities that are sustainable, rich in biodiversity, socially unified and scrumptious, let’s get planting!