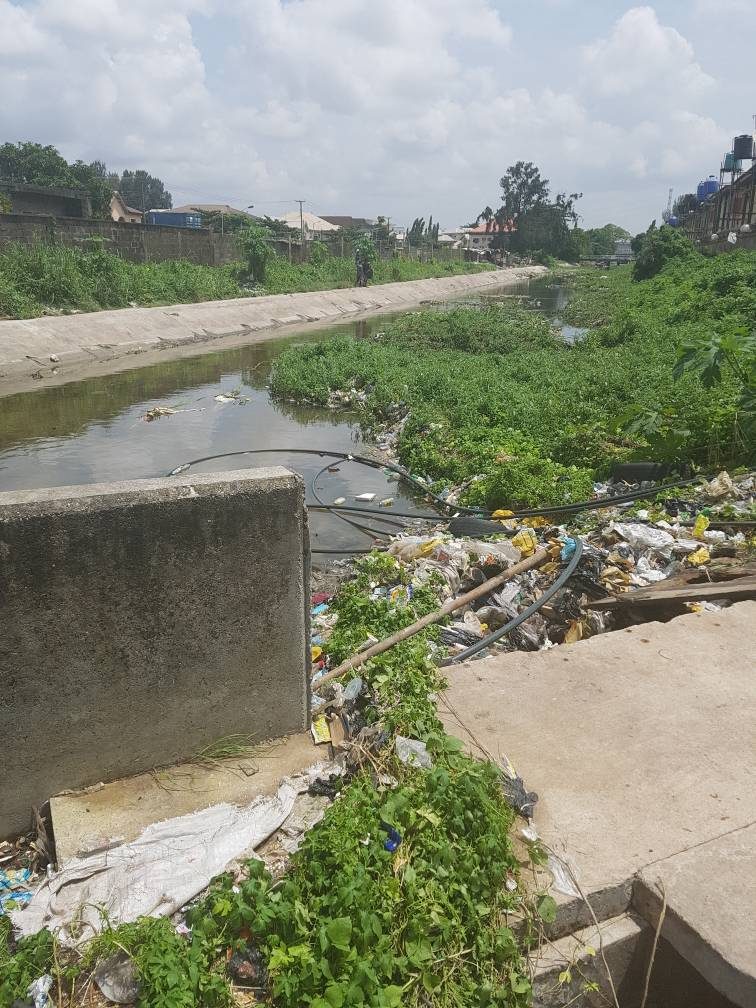 Water is important to life. Every living thing needs water to survive.

Yet the same water causes havoc and becomes a terror in form of floods when rivers overflow their banks due to excess rainfall.

Floods are common natural disasters that can affect millions of people around the world. They destroy houses and carry soil away from valuable farm land.

At least once a year, the plains around large rivers are flooded. This is due to the amount of water that rivers bring with them, because of heavy rainfall.

Flooding causes extensive damage. Apart from destroying crops, houses and other things coming its way, floods takes with it the upper fertile crust of land.

Apart from being a natural disaster, floods are also caused by humans.

For instance, the picture attached to this article shows one of the man-made causes of flood in our environment.

This picture shows how the canal which is supposed to be a drainage system in the Lekki area of Lagos is being blocked by improper maintenance and dumping of refuse.

This canal blockage is one of the reasons why coastal areas like Ikoyi, Victoria Island, Lekki and its environs experienced severe flooding on Saturday, 8th of July 2017.

It was a chaotic day for people living in these areas.

According to the State Commissioner for Environment, Mr. Babatunde Adejare “We hope this experience serves as a wakeup call for residence who are in the habit of dumping refuse in drainages meant to take flood water to the lagoon.

He urged the residents to remain calm, assuring them that the government has activated its emergency response system to respond efficiently where necessary.

The commissioner therefore urged residents to stop dumping refuse indiscriminately especially in drainage channels, as this could lead to loss of lives and properties.