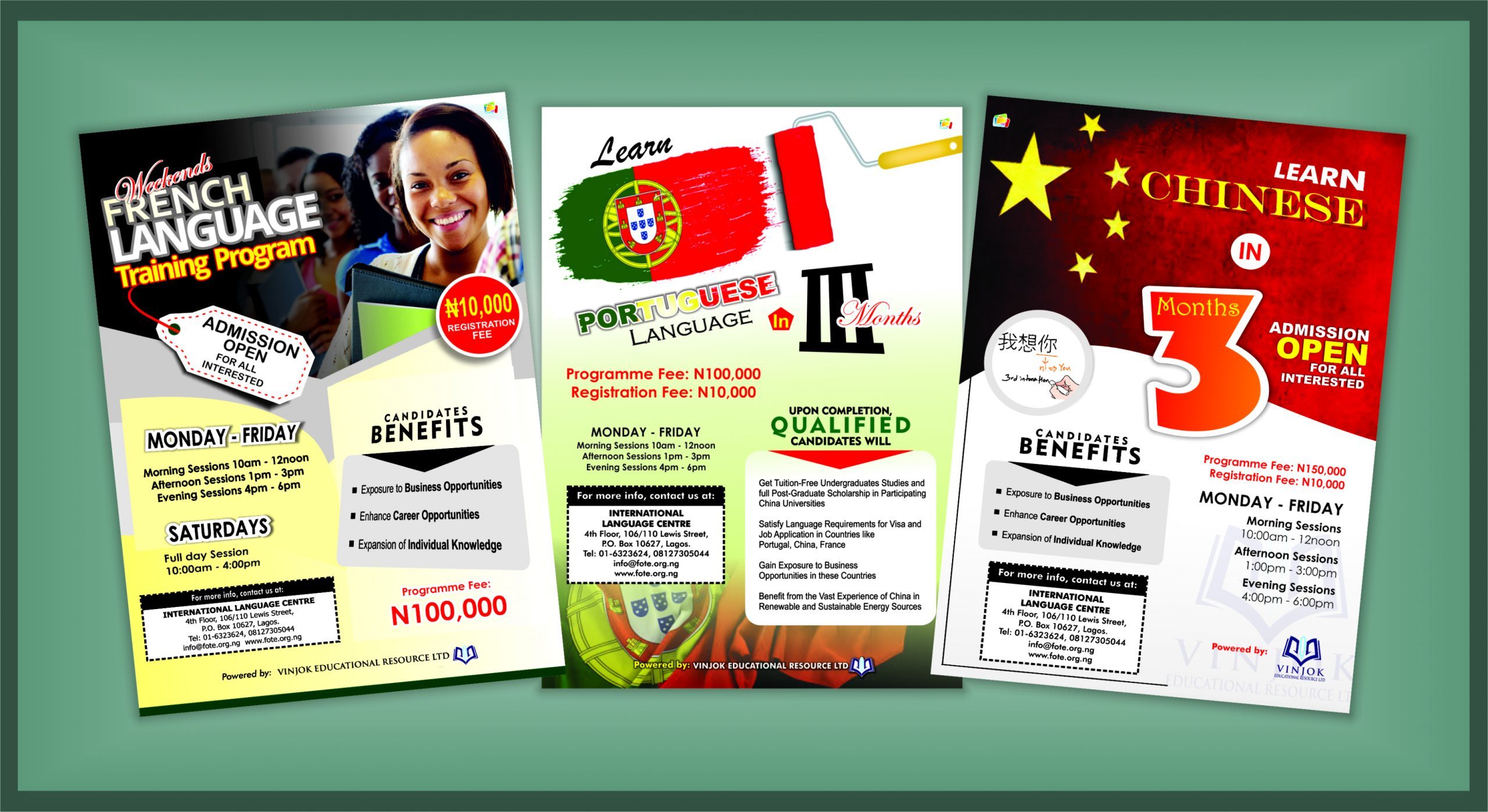 Learning a language allows students to think the unthinkable. It allows us to think, feel, speak, listen, read and write in new ways we never thought possible. We learn new things about ourselves. Intercultural understanding has always been an important part of language learning.

Therefore VINJOK is positioned to help you broaden your outlook and become more open-minded to learn other languages. VINJOK will also broaden your scope in diverse language by integrating new personality in your mind, which occurs every time you dig deeper into a new language

Chinese is now considered as an important language worldwide because of its increase in presence in the business world. Chinese are involved in many businesses throughout the world Learning their language would be the best way to open the doors to a lot of other business opportunities

Important For Travelling
It’s a fact that the mandarin language in spoken in a lot of areas. From Beijing to Singapore, there are many people who use this language. So, if you want to make your journey entertaining, you must learn this language. On top of that, by learning their language, it would be easier for you to communicate with the locals.

World’s Biggest Language
Chinese is considered one of the biggest languages in the world. You would be surprised to know that around one-fifth of the entire world population speaks Chinese as their native language. By learning this language you would be able to cover a fair bit of the whole world. Learn this language and enjoy the benefits of it.

Economically Important
One of the most important reasons to learn Chinese as a second language is that it is very important in terms of the economic factors. Look at the countries who use Chinese as their language, they include Singapore, Taiwan, Hong Kong and China, it will be so much easier to gain access to this big share of business if you can converse in Chinese.

Useful In Business
Another thing about learning Chinese as a second language is that it is very useful in business. If you are doing business with Chinese people and you are unable to understand Chinese, then it would be impossible for you to understand the deal without translators. If you can understand and converse in Chinese, there would be significant chance to make this deal successful.

Ancient Culture
Another thing which can attract you towards learning Chinese as a second language is that it is a very ancient culture. By learning this language in depth, it will help you a lot in learning and delving into the most ancient literature

More than 220 million people speak French on all the five continents. French is a major language of international communication. It is the second most widely learned language after English and the sixth most widely spoken language in the world. French is also the second most widely taught language after English, and is taught on every continent. The OIF, an international organisation of French-speaking countries, is made up of 77 member States and governments. France also operates the biggest international network of cultural institutes, which run French-language course for close on a million learners

A career asset
The ability to speak both French and English is an advantage for finding a job with the many multinational companies using French as their working language, in a wide range of sectors (retailing, automotive, luxury goods, aeronautics, etc.). France, as the world’s fifth biggest economy, attracts entrepreneurs, researchers and the cream of foreign students.

An introduction to an incomparable cultural universe
France is often considered the language of culture. A French lesson is a cultural journey into the worlds of fashion, gastronomy, the arts, architecture and science.

An advantage for studying in France
Speaking French opens up opportunities for higher education at some of France’s best-known universities. Students with a good level of French may be eligible to apply for a French government grant to enroll on a postgraduate course of their choice in France, leading to an internationally recognized postgraduate degree.

Visiting Paris and the rest of France
France is the world’s top tourist destination and attracts more than 79,5 million visitors a year. The ability to speak even a little French makes it so much more enjoyable to visit Paris and all the regions of France (from the mild climes of the Cote d’Azur to the snow-capped peaks of the Alps via the rugged coastline of Brittany) and offers insights into French culture, mentality and way of life. French also comes in handy when travelling to Africa, Switzerland, Canada, Monaco, the Seychelles and other places.

A language that opens up the world
After English and German, French is the third most widely used language on the Internet, ahead of Spanish. An ability to understand French offers an alternative view of the world through communication with French speakers from all over the world

A language that is fun to learn
Contrary to popular belief, French is not a difficult language to learn. It is a language that requires a certain precision but is also capable of expressing great subtlety. It does not take long to reach a level where you can communicate in French. There are many methods on the market that make learning French enjoyable, starting with the first years of school. French also appeals to students because it is a soft, melodious, romantic language.

Portuguese is the sixth most spoken language worldwide, with 222 million native speakers — mostly in Portugal and Brazil, but also in several African countries. There are also almost a million native-Portuguese speakers in the USA.

large number of people speak Portuguese
Portuguese is very widely spoken, so it is not some old, unnecessary language you will never use. World language resource Ethnologue estimates that there are over 236 million Portuguese speakers in the world, including a whopping 222 million native speakers.

Portuguese is spoken in a lot more places than you may think
When you think about Portuguese, chances are you immediately think of Brazil and Portugal.

While the language is most well-known for being spoken in these countries, you can find it in some other, more unexpected places. Portuguese is also widely spoken in Sri Lanka, Goa, India and Macau, China. So you might find yourself needing your Portuguese skills in Europe, South America, Africa or even Asia!

If you enjoy beautiful beaches or enchanting rain-forests, learning Portuguese can help you on your next trip to Brazil.