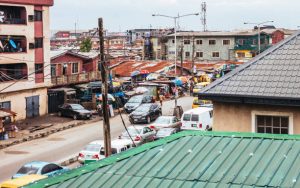 Roadside parking has become one of the major cause of gridlock on the streets of Lagos.

Lagos is the most populous city in Nigeria and the biggest city in Africa. Land is a treasure-trove in Lagos because the city is surrounded by bodies of water. So, anybody that has a space wants to maximize its benefits. Economically, this has its good sides, especially for the land owners.

Houses are now built without provision for parking space so we now have a state where residents park on either side of the road.  This detestable practice is now the order of the day. This has led to ugly acts like stealing cars, car parts, extracting diesel from cars etc. Residents park their cars with fear of probably losing their car or parts of their car which is so disheartening. Also,  pedestrians struggle with vehicles to move on the narrow paths of the road. It has also discouraged citizens from walking on the roads for leisure or exercise for fear of being hit by cars.

Roadside parking has become overbearing and should be fully addressed but how can it be addressed or curbed when houses are without car parks ? Where will residents park their cars?

A recent study conducted by the Lagos State Metropolitan Area Transport Authority, LAMATA, has shown that a major cause of traffic jam in Lagos is Roadside parking.

Building an organized parking facilities in different parts of the city and ensuring that architectures include good parking space in every residential building, school, church or office building plan. This would certainly help reduce traffic along the largely congested roads. Moreover, it will not only reduce traffic but prove to be a revenue generator for the state. If this is appropriately addressed, it will not only create an enabling environment for everyone to live, it will also improve the state of living of everybody in the areas concerned.

Religious misinterpretations, poverty, teenage pregnancy and early marriage amongst others are factors hinders certain people from enabling the girl child in Nigeria.

Despite accounting for 94.2 million out of the 200 million population of Nigeria, the female gender is relegated, treated as second class citizen in the country. A girl child in Nigeria is typically perceived to be a weaker being designated to just reproduce, cook and do other household chores compared to her male counterpart.

In bid to address this situation, United Nations marks October 11 as the ‘International Day of the girl child which intends to promote girls’ human rights, highlight gender inequalities and other challenges that militates enabling girl child in Nigeria. 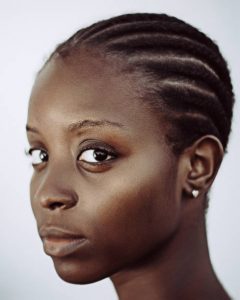 The unfair treatment of the girl child, especially in regards to education has driven a lot of concern in Nigeria as the average rural Nigerian parent would rather invest in the education of the son than the daughter.

The war to be relevant to the girl child in Nigeria starts as early as the age of five, unlike their male counterparts. Although the narrative that the girl is an inferior gender is changing in some part of Nigeria, the northern part is especially unyielding. Statistics show that literate women constitute only 20% from the north-west,20% North-East, and 45%from North Central. The rather grim figures indicates how women are viewed compared to men in Northern Nigeria. With little or no access to education, the girl child is limited.

Even when there are considerable provisions for the education of the girl-child in Nigeria, education is neither qualitative nor treated as a right to the girl child.

It is clear that the lack of access to quality education and opportunities of the female gender contributes to the stunted growth of Nigeria. The girl child must be treated better for Nigeria’s development. 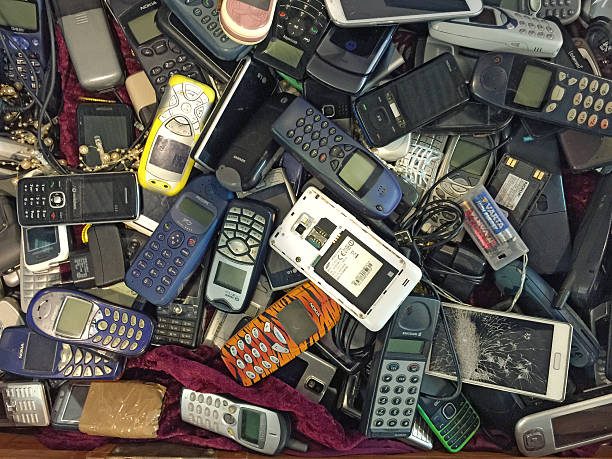 Ever wondered what you can do with your dead phones? Aside from using the phone to distract or keep babies busy, or as a decoy for carjackers and pickpockets in Lagos traffic? Turns out, old phones are literal gold mines in the hands of those with the know-how.  Let us see how the Olympic gold medals for Tokyo 2020 were mined.

In Japan, the Tokyo planning committee saw this as an opportunity to recycle dead phones and to put them to use. They started a medal-making campaign four years ago. The LOC asked citizens to donate their dead phones and gadgets, which were later transformed into the 2020 Olympic medals. Impressive right?

Also, recycled materials were used in the creation of other elements used in the Olympics – the victory-ceremony podiums and touch bearers’ uniforms were made from recycled plastics and plastic bottles.

With Love From Tokyo

So, the Tokyo Olympics Local Organizing Committee has taken recycling to a whole new level, and we would love to see this initiative emulated here in Nigeria.

We must caution, however, that the amount of gold found in a cell phone, is worth about $1.82 (N900.00) at today’s prices. So no, it’s not likely to turn anybody rich overnight. Or over several years even, given the amount of work that will go into sourcing and processing the old phones. Hence it took so long for the Olympic gold medals for Tokyo 2020.

Having said that, a recycling program to encourage local participation should include incentives; not unlike what the Lagos state government is doing with the waste plastics collectors.

So, next time, instead of dumping that old phone or gadget, give it up for recycling. That way, we have less waste in our environment and more manufactured products like medals, jewelry, etc. It’s not just about phones and gadgets. It’s about everything like pure water sachets, plastic bottles, fabrics, old cables, etc.

Recycling it seems, is golden. Or at least, it can be.