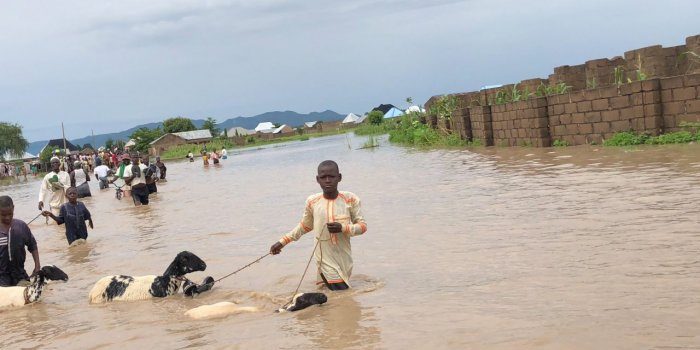 Flooding in Nigeria is one of the major natural disasters we experience. It is the accumulation of water over dry land. Usually, the major contributing factors are the overflow of inland waters (like rivers and streams) or tidal waters. The unusual accumulation of water from sources such as heavy rains or dams are also responsible.

Typically, there are 3 common types of floods. The first is flash floods, which is caused by steady and excessive rainfall that raises water heights gradually. Secondly, river floods. These are caused when consistent rain forces a river to exceed its capacity. Lastly, there are coastal floods which are caused by storm surges associated with tropical cyclones and tsunamis.

According to The Director-General of The Nigeria Hydrological Services Agency (NIHSA), Engr. Nze Clement Onyeaso, “Nigeria is located within the River Niger Basin. The basin is occupied by nine countries with Nigeria located at the lowest position. This means that once the upper catchment of the Basin gets flooded, Nigeria should be prepared to experience flooding. The period of flooding in these upstream countries is August and September of every year.”

As it turns out, the several states that experience flooding in Nigeria have fewer or mismanaged drainage systems. Some drainage systems have been filled with waste or sand caused by erosion.

So in order to curb flooding in Nigeria, the Nigerian government and its citizens are expected to get their hands on deck. Everyone has a role to play – from ensuring that town planners and officials do their jobs to ensure that houses are built in the right landmarks. drainage systems should be well built. Also, waste must be disposed of properly, with citizens clearing drainages and canals, removing refuse, weeds, and flotsam on water channels to avoid blockage.