HEALTH BENEFIT OF CONNECTING WITH NATURE 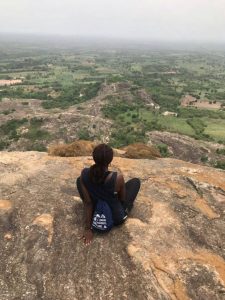 The health benefits of spending time in nature are massive. Some of these benefits relate to our physical health, demonstrating time outside has direct impacts on health measures such as blood pressure, heart rate, cholesterol, and blood sugar levels. A large part of these benefits has to do with the physical activities that happen in green spaces, such as walking, hiking, team sports, and more.

Studies have shown that after being exposed to a stressful situation, viewing a nature scene or being in nature can actually help lower the physiological effects of stress such as heart rate, muscle tension, and pulse transit times. Additionally, research in prisons shows that inmates with cell windows with views of the natural world had lower rates of digestive illnesses, headaches, and had fewer sick calls overall. The stress-reducing health benefits of nature also extend to the workplace. Employees with a view of nature perceive lower levels of job stress and higher levels of job satisfaction

Humans elicit positive psychological responses to nature, which involve feelings of pleasure, sustained attention or interest, feeling a “relaxed wakefulness,” and a decrease of negative emotions such as anger and anxiety. All of these effects can be beneficial in our professional and academic environments, as well as our personal lives.

When a person is exposed to nature, the brain is better able to relieve itself of “excess” circulation (or activity) and nervous system activation is reduced, allowing us to feel relaxed and present. Additionally, experience with nature can help strengthen the activities of the right hemisphere of the brain, and help restore harmony to the brain as a whole.

After hours of sitting behind a desk or in front of a computer, it can be pretty easy to feel drained and tired. However, research has shown that exposure to nature can help promote a sense of natural fascination and curiosity, which can help increase creativity.

When given a choice, people prefer natural environments (particularly those with natural water features, large old trees, intact vegetation, or minimal human influence) to urban ones. This period, take your friends, your loved ones, or just yourself and enjoy all the outdoor wonders of nature!

A Wonderbag is a stand-alone, non-electric insulated bag designed to reduce the amount of fuel required in the cooking of food. Instead of being placed on a stove for the duration of the cooking period, food is instead heated to a hot enough temperature then transferred to the Wonderbag, which uses the principle of thermal insulation to continue cooking, and keeps food warm without needing additional fire or heat.

Working on the principle of thermal cooking, the Wonderbag is estimated to save up to 30% of the total fuel costs associated with cooking with Kerosene alone. In developing countries there are numerous advantages for the product, as it immediately helps ease deforestation of natural reserves, and it frees up those who would spend their time gathering the extra wood for fire fuel.

In conventional cooking, any heat applied to the pot after it reaches boiling point is merely replacing heat lost from exposure to the open air. What the Wonderbag does is to trap the heat within and consequently cook the content of the pot.

Hailed as one of the greatest innovations of the 21st century  by Kathy Calvin, President & CEO, United Nations Foundation, the  Wonderbag addresses key societal issues and concerns especially in developing countries. It is completely energyless and in line with energy conservation campaigns.

Below are a few benefits of the Wonderbag.

In Nigeria, for example, over 70 percent of households use firewood. According to the Nigerian Liquefied Petroleum Gas Association(NLPGA) about 30 million households and more than 100 million Nigerians depend on firewood as a source of energy for cooking.

As a direct consequence, firewood is primarily sourced from felled trees and this ultimately leads to deforestation by way of indiscriminate cutting of trees for use as firewood. Deforestation causes distortion or imbalance in the ecosystem and should be discouraged.

On the health-end of this sad practice,the smoke generated by firewood exposes humans to diseases such as tuberculosis and lung cancer especially women. Once they get sick, these impoverished people cannot afford treatment or medication.

A report on climate change says at least 150,000 Nigerians, men and women, die every year as a result of harmful smoke. Of this number, women represent the biggest chunk because in Nigeria, women are still exclusively saddled with the responsibility of cooking.

With little financial means, these women end up cutting trees to feed their families. Women with some means use kerosene, which also generates carbon monoxide. The use of Wonderbag aims to change this age-long negative trend and help women with better and healthier kitchen practices.

The Wonderbag empowers women across Africa to participate in more activities outside of the home; enhancing their quality of life. Children have more time to go to school.

The Wonderbag also has dramatic environmental effects in saving water, as cooking with a Wonderbag requires less water than in conventional cooking methods, reducing your carbon footprint and minimizing deforestation.

As of January 2013 over 650,000 Wonderbags have been distributed in South Africa, Rwanda, Kenya, and Syrian refugee camps in Jordan.

Wonderbags are also available in Nigeria, and can be obtained from the Friends of The Environment, Lagos office (info@fote.org.ng). 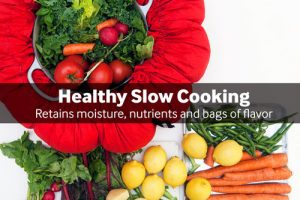